The Politburo Diktat has a cool blogger family tree. If you have a blog, go get yourself added. 🙂 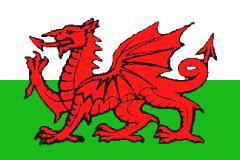 Today is the feast of Saint
David. St.
David is the patron saint of Wales and his day is celebrated much like St. Patrick’s
is in Ireland. Why am I telling you this? Well, I’m descended from the Welsh. 🙂

In 1683, William ap John, a Quaker, left Merionethshire, left Wales aboard the Morning
Star with his wife Ann Reynolds and his children John, Alice, Katherine and Gwen.
William was an original purchaser of property in Merion (Delaware County, PA) and
Goshen (Chester County, PA) from William Penn. William either died on board or shortly
after arriving in Pennsylvania. John (born in 1670) inherited the land, sold some
of it, and settled on the rest with his wife, Ellen Klinken, whom he’d married at
Germantown Friends meeting in 1696. John anglocized his name to become John Williams.
The rest, as they say, is history. If you’d like to known more about my family’s
genealogy, check out my
cousin’s family tree page. 🙂

Here are links to St.
David’s Society of Pittsburgh and an
article about the Welsh heritage room that will soon be added to the Cathedral
of Learning.

My cousin (once removed): 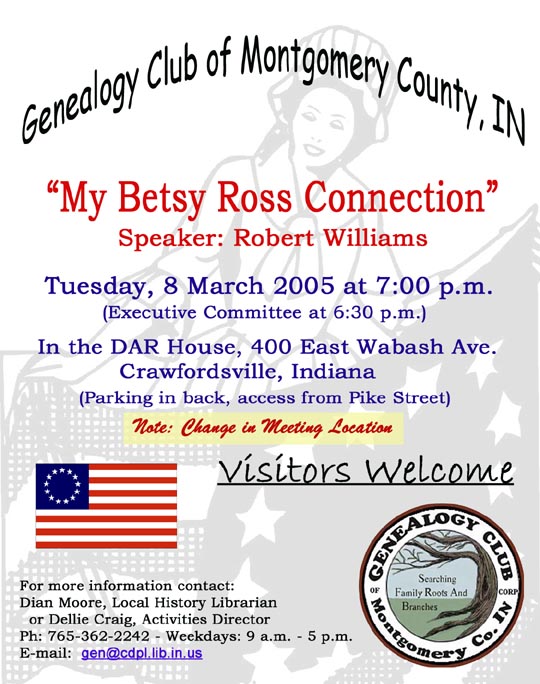 I love genealogy and I wish I had more time to pursue it. Thankfully, one of my
relatives has the time. Here’s
an article from his local newspaper about how he traced our lineage back to Betsy
Ross.

A date with (family) history

“A Crawfordsville man wanted to find a way to make family history more interesting for his grandchildren, especially when one of the ancestors is Betsy Ross.”

The home of my ancestors has been dissed.

A bureaucratic blunder has left Wales off a map of Europe on the cover of a prestigious EU reference book.