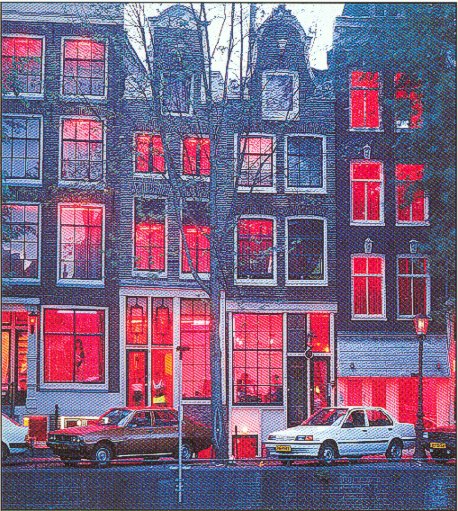 Words cannot adequately express how absolutely flabbergasted by this I am. That's never stopped me from trying, though, so here goes.

"'The Department of Commerce has received nearly 6,000 letters and e-mails from individuals expressing concern about the impact of pornography on families and children,' Gallagher said in a letter that was made public on Monday."

Huh?! What could these people possibly be opposed to? Let's find out.

The use of such a "red light district" domain would make filtering pop-ups, redirections, and spam significantly easier. The problem wouldn't magically go away, mostly due to unscrupulous site owners ignoring laws, but at least compliant sites could be easily blocked. IP- or domain-based filtering is currently extremely problematic because sites can move so easily and quickly, but blocking an entire top-level domain is trivially simple.

We're being asked to swallow a lot of "facts" without proof or reference. No evidence is given or cited for the proposition that forcing pornographers to use .xxx would not work. Asserting that law meaning nothing to hardcore pornographers is meaningless. I could just as easily say that law means nothing to murderers or corporate CEOs. We still have laws to deal with their misbehavior. As for pre-existing law, what's it called and where can I find it? How does it define hardcore pornography? What aspects are illegal? What punishments are prescribed? Don't tell me people are scofflaws without explaining what law's they're skirting.

The far right's strategy for dealing with pornography reminds me of their abortion policies. To them it has to be banned and God help you if you want to make some intermediate progress to at least curb it. Sometimes I wonder if they avoid incremental measures for fear of losing so-called "values voters". I mean if problems are mostly under control, they can't hook people with alarmist hyperbole.

And you can prove that how?! Perhaps this earlier FRC press release is clearer.

"Creating a virtual red light district may also discourage law enforcement from bringing obscenity cases on the notion that the problem is solved."

So now we're resorting to speculative psychology? What evidence do we have that such a thing would happen? What legal precedent do we have? How many obscenity laws are enforceable on the internet, anyhow? Any?

If you're a Catholic who struggles with addiction to pornography, be sure to check out the Catholic Support Group for Sexual Addiction Recovery.