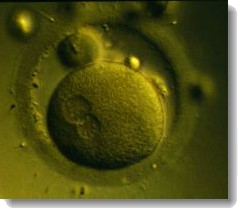 In a previous discussion on embryonic stem cells, dlw asserted the following definition of an organism from Merriam Webster and the subsequent assertion:

1 : a complex structure of interdependent and subordinate elements whose relations and properties are largely determined by their function in the whole
2 : an individual constituted to carry on the activities of life by means of organs separate in function but mutually dependent : a living being

"Thus, because it is not until the fifth week that we see organogenesis begin, according to scientific research, we cannot technically call the newlyformed zygote an organism, unless you want to use a nonscientific standard def'n of organism."

The Merriam Webster definition looks acceptable, but dlw misreads it. Two definitions are proposed, but they are not both necessary for an organism. A bacterium has no organs, but is composed of plasmids, ribosomes and sundry superstructures that are guided by whole. If a bacterium, the smallest living thing, is not an organism, I'm at a loss as to what is. The same can be said for an unicellular entity, like a zygote, that was not originally part of some tissue.

A skin cell or brain cell is composed of many parts whose functions are dictated by the whole cell (at least in part) as well, but they are not organisms. A skin or brain cell has features that make very little sense if the cell is taken on its own. What good is a synapse or a dendrite on a neuron if it's not plugged into a network, for instance? If you isolate a beta cell from a Isle of Langerhan in the pancreas–whooppee–it can make insulin, but what good is that without downstream cells to receive the message?

One may counter: fine, but how long would a zygote last without the womb, or an embryo without a placental life-support system? These are reasonable counterexamples, though I do not think they are on the same plane as an isolated brain or pancreatic cell like I mentioned above.

An organism may be dependent on another organism for sustenance but may still be distinct–for instance, an E. coli bacterium need human beings, specifically our large bowel, but we can distinguish between our two respective species. A newborn human may be out of the womb, but is quite dependent on other humans for support; yet we'd still mark the newborn as being a distinctive organism.

A person may be hooked up to life-supports machines–and in the future, these machines may even be organic or alive themselves–yet I think the physicians and the patient would have little trouble distinguishing between the two on a conceptual level, even though (depending on the nature of the device(s)), the two may become rather entwined.

One may argue that a hospitalized person lived on his own before extrinsic machinery came to his aid. True, but a fertilized zygote lives on his or her own before implanting in the uterine wall and cooperating with the maternal tissues to form the placenta. There is a distinction between the two. Thus a zygote may be defined as an organism. The link I provided implicitly assumes that the organism starts as a zygote. I'd be very curious to see a serious (i.e., peer-reviewed) biological article try to overthrow that, if a reader could provide one.

The link above is to a free online version of the Molecular Biology of the Cell, which is the standard text on cell biology, and which I personally recommend as an excellent text. The questions at the end of every chapter focus not just on memorization (which is necessary), but also on problem solving skills, and having you think through how experiments (including some very important historical ones) should be designed.

Addendum 12/10/05: Wesley J. Smith points to an interview about "the fact that so many scientists feel that if they come out against cloning they will be branded anti-science and face professional repercussions". It includes a definition of "organism".

18 thoughts on “Defining an Organism”