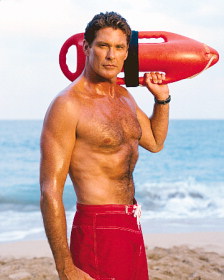 It’s hard to argue with this guy’s logic. Then again, St. Anselm’s ontological argument for the existence of God sounds good at first, too. That is, until you really pick it apart. So I leave it to my compitent readers. What’s wrong with this argument?

“I usually don’t send out pure opinion pieces, but let it be said: There is not one person anywhere who can give you a good reason why it’s OK to show a man’s chest on TV, but not a woman’s chest. You can ask over 100 people why — trust me, I have — and not get a real answer. It’s just a silly superstition that some people came up with, a bunch of others went along with it, and now we’re stuck with it. Have you ever heard a real reason?”

“This is different from other issues, like abortion, affirmative action, or the death penalty — I have opinions on all of those, and probably so do you, but there are two sides to each issue, and I can at least see where the other side is coming from. But I’ve never heard the other side of the boob issue.”

“A good sign of a widespread belief that has no supporting logic is that if you ask people why they believe it, they always pass the buck on to someone else. ‘Our society has decided…’ ‘The community feels that…’ ‘Judges have ruled that…’ — except with that last one, if you listen to what judges say, they pass the buck too, saying ‘According to contemporary community standards…’ What’s missing is someone standing up and saying ‘I, yes *ME* *PERSONALLY*, I believe that seeing a mammary gland is harmful, and here’s why.’

“To people who say that inciting any male lust is bad, I tell them I grew up in Denmark (although I’m American) and there you could see bare breasts in public advertisements, on the covers of supermarket tabloids, and on the beach, and nobody cared. And, the sex crime rate is much lower there. It’s not obvious that nudity even incites much ‘lust’ once you’re used to it anyway — men live in nudist colonies surrounded by naked women and don’t get turned on. (It’s the visitors who are easy to spot, because they aren’t used to it and it makes them stick out, so to speak.)”

Read the rest here and let me know what you think.

"The Nuremberg-based group said they wanted to represent the Bible in a way that would entice young people. "

Here’s a little Christmas present for my readers. It’s proof that I don’t embarrass
easily. 😉

END_OF_DOCUMENT_TOKEN_TO_BE_REPLACED

I thought you folks might enjoy seeing a picture of me and my bride. 🙂 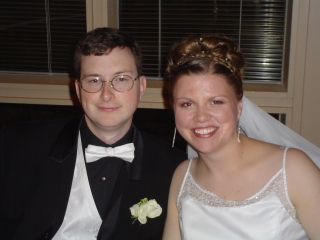